Gudinski's ARIA honour ahead of memorial 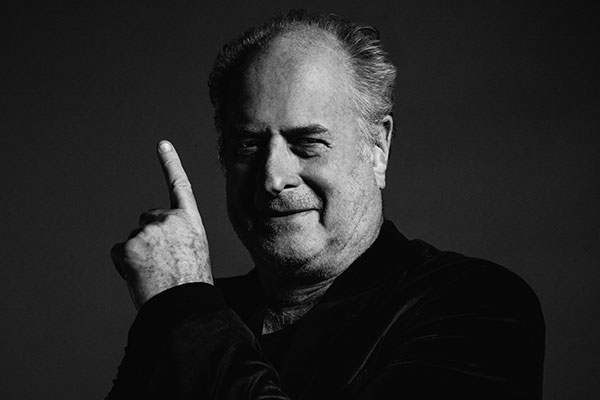 An ARIA award will be renamed in honour of late music industry icon Michael Gudinski, ahead of a state memorial in Melbourne.

It will be presented for the first time at this year's awards ceremony.

Gudinski died suddenly in his sleep on March 2 at age 68.

He was considered the godfather of the Australian music scene, having founded independent record label Mushroom Records in May 1972.

"It is unequivocal that Michael's passion was breaking Australian artists and putting them on a world stage and he had a proud history of success in doing so," ARIA chairman Denis Handlin said in a statement.

"Following personally discussing this with Michael's family, this is the most appropriate honour for ARIA to bestow as it recognises Michael's profound impact on Australian artists, and the memories and legacy he created."

It comes as final preparations are underway at Melbourne's Rod Laver Arena ahead of Gudinski's rock star send-off, with speculation English singer-songwriter Ed Sheeran is among those set to perform on Wednesday night.

Gudinski was a friend and mentor of the pop star.

"Michael was a tornado of joy," Mr Sheeran wrote after learning of Gudinski's death.

"You would know he arrived in the building just by hearing the chaotic bark of his, and you could feel the room get excited about the arrival of his presence.

"He was such a force, and would make everyone feel like they were the most important person to him."

As well as live performances, the memorial will include tributes and speeches celebrating Gudinski's "significant contribution to the Australian and international music industry and the state of Victoria".

"Michael's passion for music was legendary and his advocacy for artists established him as a much loved, respected and admired leader in the industry in Australia and overseas," the event web page reads.

Arena seating has been reserved for official guests, family, friends, colleagues and industry representatives, with some tickets also allocated to registered members of the public.

Organisers are reminding guests not to take pictures during the event.

The memorial is expected to run for two and a half hours and will be live-streamed on Youtube from 7.07pm.

The start time is reportedly in honour of Gudinski's favourite wine, Penfolds Bin 707.

In lieu of flowers, the Gudinski family has asked people to consider making a contribution to Support Act, a fund for musicians doing it tough during the COVID-19 pandemic.