Tonight on the Random 30 we discussed the massive collaboration between The LEGO Group and Universal Music Group (UMG) and here is the new range we were talking about called LEGO® VIDIYO™.

The sets are a playful and innovative music video maker experience supported by a series of BeatBoxes, Bandmates, BeatBits and a hot topic in recent weeks using augmented reality.

They are designed to celebrate and expand children’s creativity through play and music.

The other very cool announcement that came from the pairing this week is that UMG label, Astralwerks has signed the first-ever human version of a LEGO Minifigure, L.L.A.M.A, to a global record deal.

Teased last month, LEGO VIDIYO sees physical and digital play come together as special effect ‘BeatBits’ and music inspired Minifigures to integrate and come to life through AR in a vibrant new app. 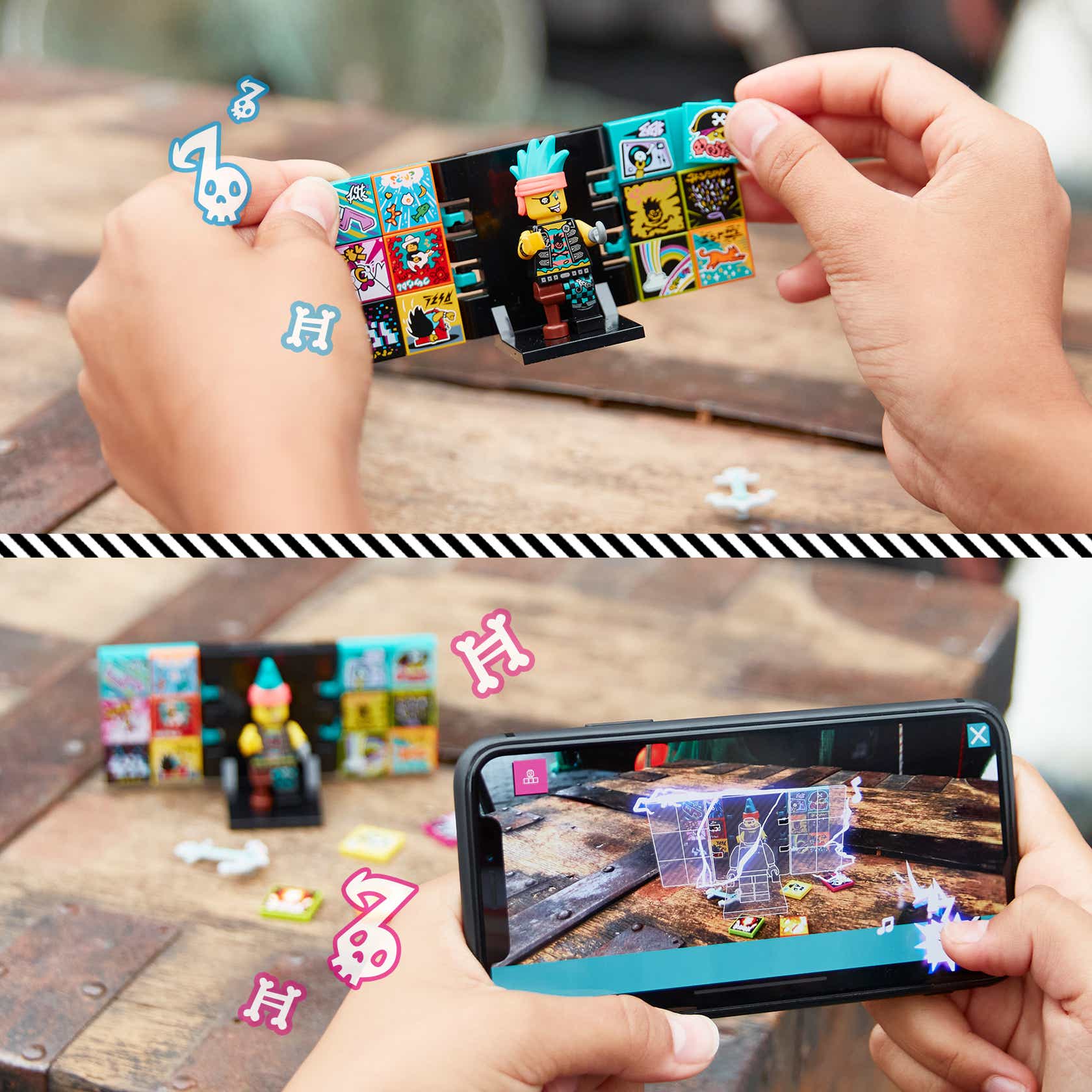 The LEGO VIDIYO world provides a platform for younger music-loving kids who aren't ready for Apps like TikTok.

It's said to be inspired by a wide array of musical genres and musicians giving kids the tools to direct, produce and star in their own music videos.

There's no doubt that you can create some really fun and unique content to share through a super kid-friendly social environment.

There are six unique portable BeatBoxes that each holds a Minifigure representing a specific music genre, a scanning-stage, two special BeatBits and 14 random BeatBits. BeatBoxes can transport up to 16 BeatBits and have a building plate that can be customised with an awesome selection of LEGO tiles to suit the style of its owner. 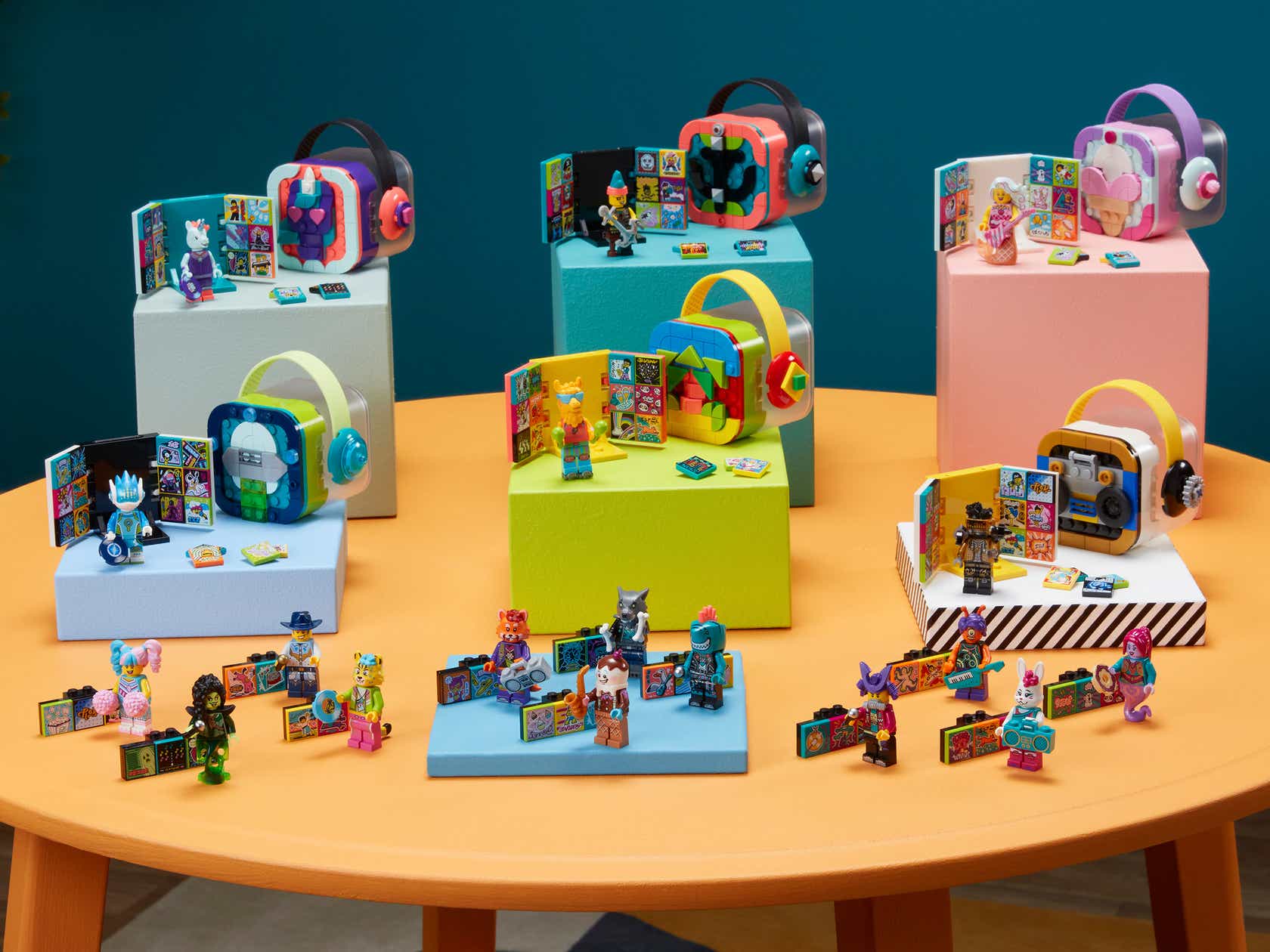 These each come with one special BeatBit and two random BeatBits.

But what is a "BeatBit". These 2x2 tiles are where you create the audio-visual effects of your videos, the app scans them and you can use them on your screen to splash rainbows, go x-ray, pull off a crazy dance move or many other options. They kind of appear to be miniature album covers sticking with the overall music theme.

The six BeatBoxes and 12 Bandmate characters introduced today are:

There are also around 30 songs from UMG’s music catalogue with artists like "The Weeknd", Youngblood, Imagine Dragons, Celeste, Jonas Brothers and even some classics like MC Hammer. Joining a LEGO character in a dance off with "You Can't Touch This" is priceless!

We found it really easy to make a VIDIYO creation. The basic steps are to download the app, choose the music, scan the LEGO Minifigures and BeatBits and see them brought to life through augmented reality.

Then it's just about choosing between the three different sizes – Mini (4cm), Medium (1.2m) and Mega (5m) although I really only had space for the first two, you might need to take Mega outside.

The last step is to record your creative masterpiece filming the dance while pressing the selected BeatBits. The video goes for 60 seconds which can be saved locally in-app to show your friends and family and you can also share a trimmed down version. The app share system is fully-moderated to create an extremely kid-safe social environment.

Building your band is a major part of the experience, naming them and taking album photoshoots.

By taking part in regularly updated in-app challenges and scanning in products, points are earned which can be used to unlock additional customisation options such as costumes, accessories, choreography and stage layouts. Never before have fans been able to customise LEGO Minifigures to such a level of detail, with many of the over 1400 unlockable elements only available through playtime and challenge participation.

There are no in-app purchases. That's right in 2021 there is an app that gives you everything for free. The only money you need to spend is on the LEGO itself. So your credit card is safe from a spendthrift 7-year-old. 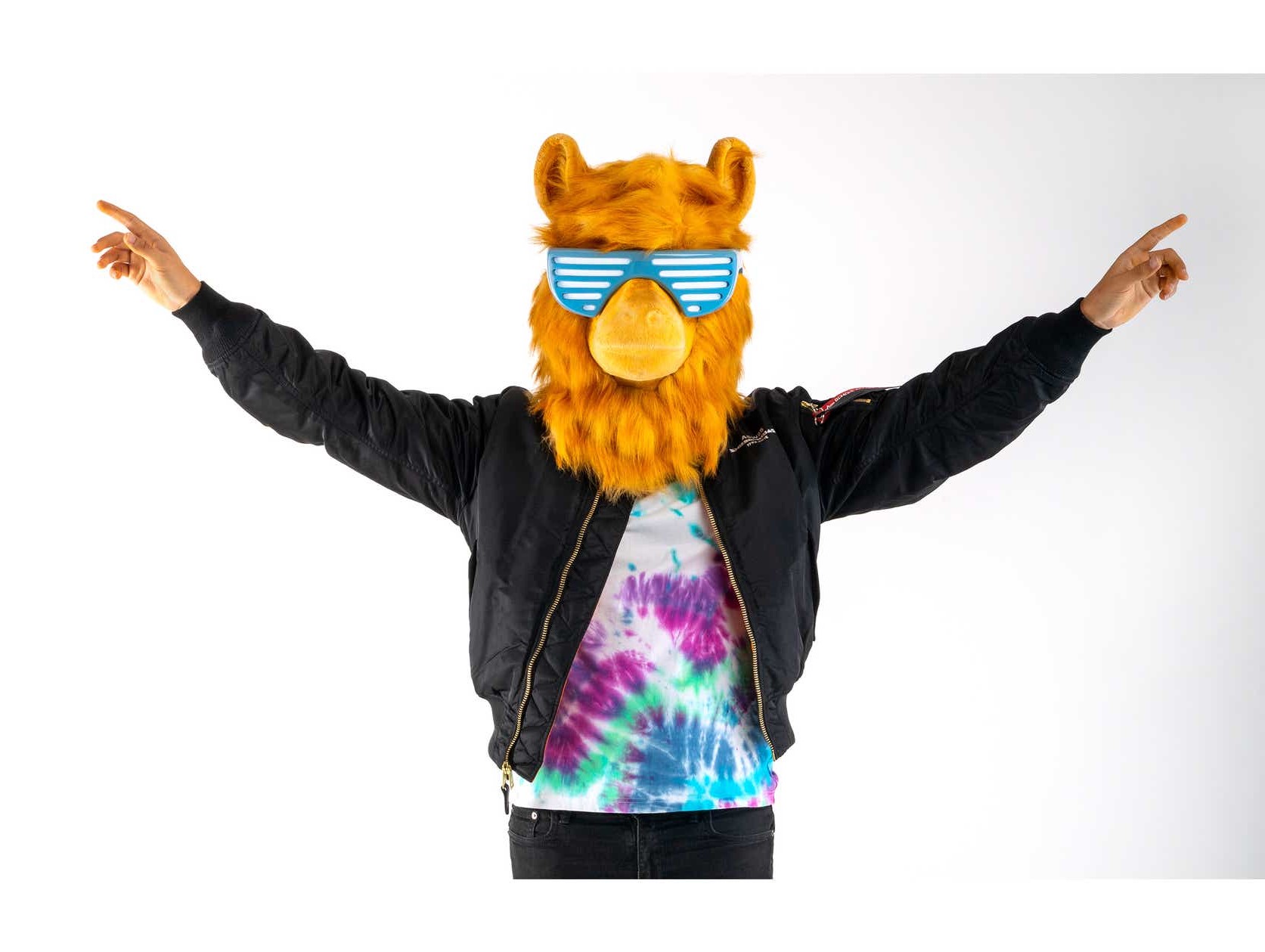 DJ L.L.A.M.A is a live action, human version of the DJ Llama Minifigure from the Tropicon BeatBox. L.L.A.M.A and is said to refuse to be attached to any one genre, preferring to be as fluid with his music as he is with his imagination.

“Labels are for clothes,” he quips. “No musical style is off-limits for me. I just want to work with people that don’t take life too seriously.” And L.L.A.M.A wants to harness that mischievous free-spiritedness to “inspire curiosity,” as he puts it, in audiences too.

The Los Angeles DJ and producer, newly signed to Astralwerks, approaches both his music and the world with curiosity, playfulness, and joy.

VP Marketing, Luke Armitage, Astralwerks comments: “It’s an honour to sign the first-ever llama and LEGO Minifigure to a global record deal. When L.L.A.M.A first played us the early demo of ‘Shake’, we all knew we wanted to work with him. The LEGO Group’s partnership with UMG completely aligns with our mission to surround the electronic music space with innovation.”

Our early tests with LEGO VIDIYO showed a lot of promise, it's a fun, creative environment for kids aged 7 – 10 and most importantly provides a safe social universe where they can traverse the worlds of physical and digital play with purely positive vibes.  It achieves this with verified parental consent and complete anonymity within posts and comments. The around the clock external moderation of all content uploaded to the App feed can mean your video may take a few more seconds to become available after sharing but it really lets parents be reassured their child is unleashing their creativity while staying safe online.

It's only the beginning of this new technological innovation and collaboration between LEGO and Universal Music and we can't wait to see what else they have in store and what new music will be added over time.