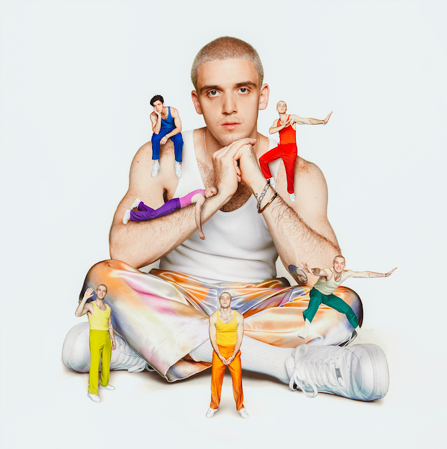 The album will feature a brand new collaboration titled “Who” with K-pop sensations BTS. This follows Lauv appearing on the group’s stunning radio track “Make It Right”.

Lauv said, “~how i’m feeling~ has led me to work with some artists I would’ve never imagined I’d get a chance to work with. From BTS, to Alessia Cara, to Sofía Reyes (not to mention LANY, Troye Sivan and Anne-Marie), I’m beyond stoked and proud of the collabs on this album. Every process was different and uniquely special. I just want to say thank you to everyone who helped the vision for this album come to fruition and I hope that everyone loves the songs as much as we all enjoyed making them.”

Alessia Cara added, “I’ve been into Lauv’s songs for a while so getting to do something together was really fun! Can’t wait for everyone to hear what we did.”

Sofía Reyes said on the collaboration named after Lauv’s favorite bar, “I was so excited to do this song with Lauv. I was already a huge fan before getting to know him and we both have real fun stories from nights at El Tejano so it makes it even more special to have this song together.”

BTS teased the collaboration with Lauv during a red carpet interview at The GRAMMYs when RM said “we did a [collaboration] with Lauv and it’s going to be released in March and it’s really great.”

As well as these new collaborations, previous hits “i’m so tired…” (with Troye Sivan), “Mean It” (with LANY) and “fuck, i’m lonely” (with Anne Marie) are also set to appear on the album.

Last week, Lauv announced dates for his ~how i’m feeling world tour~. The 65+ date world tour will mark Lauv’s largest UK shows of his career including a date at the iconic O2 Academy Brixton, and also take in Glasgow, Manchester and Birmingham.

He’s also set to perform some stunning shows in the US such as Radio City Music Hall in New York, NY.

Lauv's Australian tour in November last year completely SOLD OUT. He played headline shows in Sydney, Melbourne, Brisbane and Perth.
​
Last week, Lauv dropped his newest single “Tattoos Together” alongside a playful music video that was all filmed in one shot, directed by Declan Whitebloom (Taylor Swift, Demi Lovato, One Direction) [watch]. “Tattoos Together” is the latest release off the artist’s 21-track debut album, ~how i'm feeling~, set for release on March 6, 2020.

Over the past few months, Lauv has released his much-anticipated collaboration “Mean It” with LANY [listen], his surprise 2020 track “Changes,” in addition to the video for album track “Sims.” The video was directed by Phillip Lopez (Kygo, Selena Gomez, Liam Payne), which serves as the proper visual introduction of the “Little Lauv” characters that adorn his debut album artwork for ~how i’m feeling~ and make up Lauv’s “one man boyband.” [watch]

Lauv’s last single “fuck, i’m lonely” with Anne-Marie has surpassed over 250 million streams to date and peaked at #30 at Top 40 US radio. The pair performed the song on Late Night With Seth Meyers [watch]. In addition, the track was also included on the current 3rd season of the popular Netflix show 13 Reasons Why, as well as this season's soundtrack.