John Travolta's plane expected to arrive at HARS in 2022

The time line for the arrival of John Travolta's QANTAS 707 to HARS has been updated with $250,000 worth of work being done in the US to replace some corroded parts in the aircraft's jet engines.

After visiting Shellharbour Airport in November 2019, the Hollywood star planned on delivering his generous donation to the Illawarra last year but COVID and ongoing restoration work has pushed it back.

"We've got our fingers crossed, COVID of course and other factors, engineering and there's still a lot of challenges but everything coming together, If WINGS is on in November next year we want to see it here," he said. 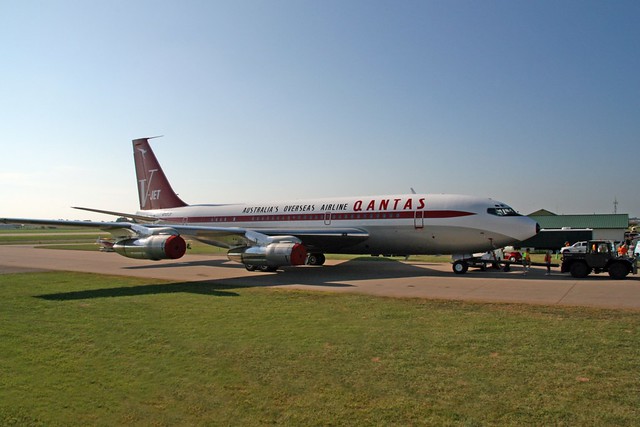 De La Hunty said work on restoring the historic Boeing has continued in the US during the pandemic.

"The engineering firm we've got in Brunswick in Georgia have been progressively working on the aircraft during COVID.

"We've just authorised them to spend a further quarter of a million dollars of our money to complete some of the jet engine pylon work that needs to be done to get it back in the air," he said.

The HARS president said once the jet engine pods are reinstalled they'll be run and tested.

"They'll then do a series of staged checks culminating in what's called a sea check which airliners go through," De La Hunty said.

When pressed on an exact arrival date De La Hunty said, "12 months, aviation's like that."